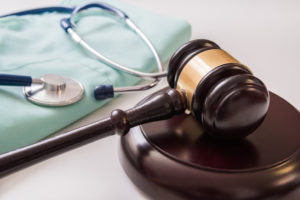 In a decision affecting California hospitals, medical groups, medical staffs, and physicians, the California First District Court of Appeal has concluded that a physician’s notice and hearing rights apply to situations where a hospital directs a medical group of a closed department to remove a physician from the hospital schedule.

In Economy v. Sutter East Bay Hospitals, Sutter Hospital operated a closed anesthesia department pursuant to a contract with East Bay Anesthesiology Medical Group (East Bay Group).  The exclusive contract required all physicians providing anesthesia services at the hospital to be employed by East Bay Group.  The contract also permitted the hospital to require East Bay Group to immediately remove from the schedule any of the anesthesiologists who performed an act or omission that jeopardizes the quality of care provided to [the] hospital’s patients.

In 2011, California Department of Public Health conducted an unannounced survey and placed the hospital in immediate jeopardy upon finding numerous deficiencies attributed to one of East Bay Group’s anesthesiologists, Dr. Economy.  At hospital administration’s direction, East Bay Group removed Dr. Economy from the schedule pending further investigation.  In the weeks that followed, the medical staff peer review committees reviewed the issue and recommended to East Bay Group that Dr. Economy complete a continuing education course through Physician Assessment and Clinical Education (PACE) program prior to returning to clinical practice.  Dr. Economy did not receive an opportunity to meet with any medical staff peer review committees to discuss the matter.

Dr. Economy eventually completed the PACE program and returned to practice.  After being alerted by the pharmacy manager of problems with Dr. Economy’s chart, hospital administration contacted East Bay Group and asked them to address the issue immediately.  Dr. Economy once again was taken off the anesthesia schedule and asked by East Bay Group to resign.  When he refused, they terminated his employment.

Dr. Economy thereafter filed a complaint alleging the hospital had violated his right to notice and a hearing under Business & Professions Code § 809 and his common-law right to fair procedure.  He also filed suit against East Bay Group, which were resolved on summary judgment or settled prior to trial.

The trial court entered judgment in favor of Dr. Economy, finding that the action taken by the hospital in removing him from the anesthesia schedule was indisputably for a medical disciplinary cause or reason, and constituted a summary suspension of Dr. Economy’s right to exercise his privileges and use the facilities of the hospital.  Dr. Economy received an award $3,867,122 in damages for past and future income, emotional distress, and tax neutralization.

In finding that the hospital violated Dr. Economy’s common law and statutory due process rights, the trial court rejected the hospital’s contention that the Easy Bay Group made the decision to suspend and terminate Dr. Economy’s employment – not the hospital – and therefore, no hearing right had been triggered.  The court found the hospital’s approach untenable, as it would effectively allow a hospital to avoid complying with the notice and hearing requirements of 805 and 809 simply by relying on its contracts with third-party employers as a way to terminate the services of physicians.  Rather, the court found that the request for Dr. Economy to be removed from the hospital schedule, first temporarily and then permanently, was the functional equivalent of a decision to suspend and later revoke his clinical privileges.

The Court of Appeal upheld the trial court’s decision.  Furthermore, the Court of Appeal rejected the hospital’s argument that Dr. Economy had no entitlement to lost wages since he had not shown he would have been exonerated at a peer review hearing.  Relying on a case involving a civil service employment case, the court determined that even if Dr. Economy would not have prevailed, he still would have been entitled to back pay for the period during which the discipline was invalid.  (See Skelly v. State Personnel Board (1975) 15 Cal.3d 194, holding that civil service employees held a property interest in the continuation of their employment which is protected by due process.)

Despite siding with the Plaintiff on most issues, the court ruled for the hospital in rejecting Dr. Economy’s claim for attorney fees under Business & Professions Code § 809.9, finding that the hospital’s defense of the litigation could not be found to be frivolous, unreasonable, without foundation, or in bad faith as the evidence supported their factual assertions, and the hospital’s argument that it had no duty to prepare an 805 report had some support.

While the court in Economy focused on removal of a physician for competency reasons, which plainly met the definition of medical disciplinary cause or reason, it remains to be seen how a court would respond if a hospital directs a medical group to remove a physician when the jeopardy to quality of care is not as obvious, such as when the physician engages in behavior that does not align with the professionalism standards of the hospital.

Medical staffs, as well as other peer review bodies, should also analyze their Bylaws to ensure they reflect the hearing rights afforded to physicians restricted from practicing for a medical disciplinary cause or reason in a similar situation.  This case also serves as an important reminder for medical staffs and hospitals to assure that they meet their own peer review and fair hearing obligations, rather than relying on the actions of a medical group.

Hospitals and medical groups should review their current contracts to determine whether their contracts run afoul of Economy or Business & Professions Code § 809.6 (prohibiting the waiver of hearing rights by contract).  As an example, since the court equated the removal of a physician to a summary suspension, hospitals should consider whether similar contractual language allowing removal for an act or omission that jeopardizes the quality of care provided to hospital’s patients is moot and should be replaced with language mirroring the standards for summary suspensions (i.e., when the failure to take such action may result in an imminent danger to the health of any individual).