Always a bridesmaid, never a bride Might Work for Stark Liability but Not the Anti-Kickback Statute
By Raja Sékaran on 11.17.2017
Posted in Healthcare Fraud & Abuse 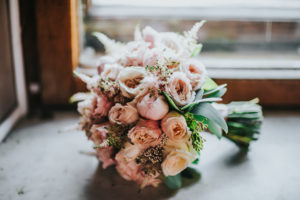 Last Thursday, a jury in federal district court in St. Louis handed down a verdict in a False Claims Act (FCA) case that presents a laundry list of the challenges which can arise in a FCA case.  This one includes kickback allegations, Stark issues, both state and federal claims, individual liability, civil-criminal cooperation, a criminal indictment (later dropped), and even family law.  The defendants are neurologist, Dr. Sonjay Fonn, and his fiancee of nine years, Deborah Seeger, as well as their respective medical practice and medical device distributorship.

The verdict found them liable for conspiracy and FCA violations under the Anti-kickback Statute for arrangements under which Dr. Fonn purchased nearly all of his neurology devices and implants from the distributor owned and operated by his fiancée, Deborah Seeger.  The allegations included Dr. Fonn increasing his use of devices and participating in the distributorship’s negotiations with manufacturers.  Conspicuous consumption (including a yacht, plane and $230,000 entertainment center) may have contributed to the local relators, including physicians, filing the FCA suit.

The civil suit was stayed for a year in order for criminal prosecutors to pursue an indictment handed down by a grand jury.  At the request of prosecutors, the court dismissed the indictment, which led the civil case to resume and go to trial earlier this month.  The judgment amount is pending and could approach $5 million against Dr. Fonn and Ms. Seeger for the 228 Medicare and Medicaid claims presented at trial.

Incidentally, their nine-year marriage engagement may be attributed to the Stark law’s rule of equating a spouse with the referring physician (for which no Stark exception appears available in this case) and Missouri not being a common law marriage state.  A law school professor would be hard-pressed to write an exam question with more issue-spotting than the saga of Dr. Fonn and Deborah Seeger!