California Begins to Question the “Friendly PC” Model
By Edward Meyer on 01.26.2022
Posted in Managed Care 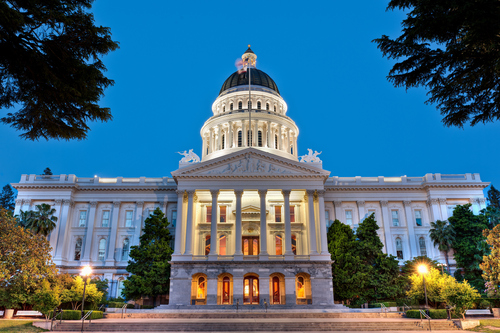 Bill SB 642 is currently under consideration by the California State Legislature and would, if enacted, severely restrict use of the Stock Restriction Agreement and similar arrangements used in the “Friendly PC” model. It would also require significant restructuring of arrangements that use this model for physician integration or practice acquisition in California. During the first legislative session of 2021 2022, SB 642 was passed by the three committees in the California State Senate that considered the bill, and it was placed on the suspension calendar for consideration during the 2022 legislative session.

The Friendly PC model is often used by hospital systems to enhance physician integration with the system and by private equity firms as a way to have an investment interest in, and a manner of control over, the operation of physician groups. Under this model, the hospital system or private equity firm, either directly or through a practice management company, owns the non-clinical assets and the leasehold interest of the medical practice. It also operates the day-to-day, non-clinical functions of the medical practice, including negotiating payor contracts and billing and collecting for the professional services of the physicians employed by the Friendly PC.

The cornerstone of this operational model is the Stock Restriction Agreement (also known as a Succession Agreement). In the Friendly PC model, each shareholder of the professional corporation that employs the physicians and other licensed professionals in the practice is required to sign this agreement. It restricts the sale, transfer or exchange of the ownership interest in the professional corporation. Any such action must be approved by the practice management company, and any new physician owner must also sign the agreement. The practice management company, in turn, is owned directly or indirectly by the hospital system or private equity firm. As such, the Stock Restriction Agreement ensures that the contracted medical practice has a continuous and close tie to the hospital system or private equity firm.

Under Section 4 of SB 642, new Section 2408.5 would be added to the California Business and Professions Code that would require the shareholders, directors and officers of a medical corporation to manage and have “ultimate control” over the assets and business operations of the medical corporation. The proposed legislation would also prohibit the medical corporation’s shareholders, directors and officers from being replaced, removed or otherwise controlled by any lay entity or individual, including, without limitation, through stock transfer restriction agreements or other contractual agreements and arrangements. “Ultimate control” is defined in the proposed legislation to mean, and be consistent with, the definition provided by generally accepted accounting principles.

Should SB 642 become law in California, the ultimate direction and management of the medical practice would need to be determined by the physician owners, shareholders and directors and not by the hospital system or private equity firm that manages the medical practice.

Whether or not SB 642 ultimately passes the State Legislature and gets signed into law in its current form, hospital systems and private equity firms in California that use the Friendly PC model should review their current transaction documents in any Friendly PC model arrangements to see if they adequately address a change in the law. For example, does the Stock Restriction Agreement (or Succession Agreement) address a change that would make such agreement voidable? What unwind provisions are included in the current transaction documents that created the Friendly PC model? Even if SB 642 becomes law and grandfathers in current arrangements, how will a change in physician ownership of the Friendly PC be affected should the current “friendly physician” retire or otherwise abdicate his/her role as the shareholder owner of the practice?

While current California law does not prohibit use of the Friendly PC model, hospital systems and private equity firms that use this model in California need to act with caution. They should keep in mind that the friendly physician model may be viewed with suspicion by certain members of the State Legislature. They might question the level of control a non-physician entity should have over a medical practice, considering California is a strict corporate practice of medicine state.