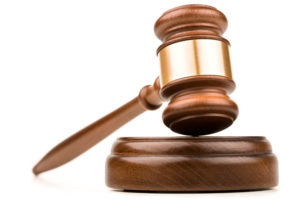 On July 22, 2019, the California Supreme Court issued its long-awaited opinion in Wilson v. CNN.1  The primary question before the court concerned the application of the anti-SLAPP statute, Civil Procedure Code Section 425.16, to employment, discrimination, and retaliation claims.  The factual scenario before the court involved a journalist who alleged that his employer, CNN, denied him promotions, gave him unfavorable assignments, and ultimately fired him for unlawful discriminatory and retaliatory reasons.2  The employer responded by contending that the journalist was terminated for plagiarism.

Noting its disagreement with [s]ome courts of appeal, including the [appellate] court in this case, [which] have concluded the anti-SLAPP statute cannot be used to screen claims alleging discriminatory or retaliatory employment actions,3 the Supreme Court issued its opinion, holding that there is no categorical exception for discrimination and retaliation claims under the anti-SLAPP statute.  The court specifically commented as follows:

The statute contains no exception for discrimination or retaliation claims, and in some cases the actions a plaintiff alleges in support of his or her claim may qualify as protected speech or petitioning activity under Section 425.16.  In such cases, the plaintiff’s allegations about the defendant’s invidious motives will not shield the claim from the same preliminary screening for minimal merit that would apply to any other claim arising from protected activity.4

The Supreme Court’s decision is welcome news for anti-SLAPP defendants, such as employers, because it confirms and clarifies that where an anti-SLAPP defendant has presented prima facie evidence that its conduct was protected activity, i.e. free speech or petitioning activity, a plaintiff cannot defeat the employer’s anti-SLAPP motion solely by alleging that the anti-SLAPP defendant took the action based on discriminatory or retaliatory motives.  The Supreme Court’s decision will allow lower courts to screen a plaintiff’s evidence of discrimination or retaliation to make sure those claims have minimal merit under Prong 2 of the anti-SLAPP analysis; if they do not, then those unfounded claims will not survive a defendant’s anti-SLAPP motion.

The Court had framed the question in Wilson as follows: Is an employer’s motive relevant to determining whether a claim arises from protected activity for purposes of deciding whether it passes the first part of the anti-SLAPP test?  In its opinion, the Court resoundingly answered the question in the negative, stating:

In sum, we conclude that for anti-SLAPP purposes discrimination and retaliation claims arise from the adverse actions allegedly taken, notwithstanding the plaintiff’s allegation that the actions were taken for an improper purpose.  If conduct that supplies a necessary element of a claim is protected, the defendant’s burden at the first step of the anti-SLAPP analysis has been carried, regardless of any alleged motivations that supply other elements of the claim.  We disapprove Bonni v. St. Joseph Health System, supra, 13 Cal.App.5th 851, review granted, and Nam v. Regents of University of California, supra, 1 Cal.App.5th 1176, to the extent they are inconsistent with this conclusion.5

The court pointedly rejected Wilson’s assertion that for purposes of the first step of the anti-SLAPP analysis, a court must accept Wilson’s allegation that the challenged personnel actions were taken for discriminatory reasons and are therefore unlawful.6  The court then stated as follows:

[T]his is not how the anti-SLAPP statute works.  In deciding an anti-SLAPP motion, a court must at the second step ‘accept as true the evidence favorable to the plaintiff.’ (Citations omitted.)  But we have never insisted that the complaint’s allegations be given similar credence in the face of contrary evidence at the first step.  Such conclusive deference would be difficult to reconcile with the statutory admonition that courts must look beyond the pleadings to consider any party evidentiary submissions as well.  (§ 425.16, subd. (b)(2).)  Nor does the anti-SLAPP statute require a defendant to disprove allegations of illicit motive . . . At this stage, the question is only whether a defendant has made out a prima facie case that activity underlying a plaintiff’s claims is statutorily protected.7

The Court concluded that CNN produced evidence that its termination of Plaintiff’s employment was based upon CNN’s protected activity of safeguarding against plagiarism by its journalists (rejecting CNN’s broader assertion that a larger swath of hiring and firing decisions should be protected because of the connection between CNN’s news business and free speech).  Thus, with regard to Plaintiff’s termination, the Court concluded that CNN satisfied Prong 1 of the anti-SLAPP analysis, regardless of Plaintiff’s claims that the termination was motivated by illegal discrimination or retaliation.  The Supreme Court remanded to the Court of Appeal, where Plaintiff will have the burden of demonstrating that his claims have minimal merit under the anti-SLAPP Prong 2 analysis.  However, the Supreme Court also concluded that Plaintiff’s discrimination and retaliation claims based on acts other than his termination– e.g., passing him over for promotions, menial assignments, and so on– were not based on CNN’s protected activity and thus not entitled to anti-SLAPP review or protection.8

Encouragement for the Continued Use of Anti-SLAPP Motions Seeking to Dismiss Premature, Meritless Lawsuits in the Peer Review Context

In the healthcare context in particular, this opinion means that hospitals, medical staffs and their peer review committees may continue to bring anti-SLAPP motions seeking to dismiss premature, meritless lawsuits based upon the speech-based components of peer review (which are official proceedings authorized by law and thus protected activity under Section 425.16(e)(1) and Kibler v. Northern Inyo County Hospital District9), even where the plaintiff-doctor alleges discrimination or retaliation.  Notably, the Supreme Court specifically rejected the notion of the Court of Appeal in Bonni v. St. Joseph Health System,10 that discrimination and retaliation claims are categorically excepted from anti-SLAPP scrutiny.  The Court also favorably referenced Nesson v. Northern Inyo County Hospital District11 and DeCambre v. Rady Children’s Hospital-San Diego12 (both overruled on other grounds in the Court’s 2017 decision in Park v. Board of Trustees of California State University13), for having correctly recognized that the text of the anti-SLAPP statute and our precedent require a court at the first step to examine the defendant’s actions without regard to the plaintiff’s allegations about the defendant’s motives.14

This Court opinion halts a string of Supreme Court decisions and legislative amendments, which were curtailing the application of the anti-SLAPP protections by lower courts following the high Court’s 2006 decision in Kibler.

Nossaman Attorneys have been centrally involved in the cases applying the anti-SLAPP statute within the peer review context.  Carlo Coppo was lead counsel to Northern Inyo County Hospital District in Kibler and Nesson, and served as Hearing Officer to the Judicial Review Committee in Bonni.  Mitch Green is lead counsel for the Medical Staff of Cedars-Sinai Medical Center in Melamed v. Cedars-Sinai Medical Center, 8 Cal.App.5th 1271 (2017), which is the second peer review case that was placed on grant and hold status by the Supreme Court until the issuance of its Wilson v. CNN decision.