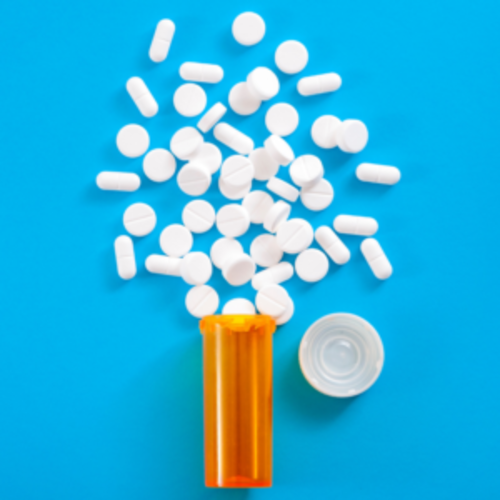 The Medical Board of California (“MBC”) began this project in 2013 when it required coroners to inform it of deaths resulting from opioids.  The influx of coroners’ reports triggered an intense enforcement effort by the MBC to mine the data in the CA Department of Justice’s Controlled Substance Utilization Review and Evaluation System (“CURES”) to identify physicians who prescribed for the persons identified in death certificates.  The MBC has conducted a veritable deluge of formal investigations of physicians and has filed an unprecedented number of accusations based on this single source.

In her July 10, 2019, speech to the Butte-Glenn Medical Society in Chico, CA, MBC Executive Director, Kimberly Kirchmeyer, reported that in 2017-2018 405 accusations were filed and 450 disciplinary orders were issued by the MBC.  She acknowledged that in 2016-2017, the MBC filed approximately 150 accusations originating from the Death Certificate Project (“DCP”), or its progeny.  By progeny, it is meant that the CURES data inevitably identified physicians other than the last prescribing physician to the decedent.  The MBC investigated these other physicians as well, increasing the number of investigations and accusations pursued or filed by the MBC.

A 2019 survey of members of the California Academy of Attorneys for Healthcare Professionals, yielding only a minimal response, nonetheless identified approximately 50 pending accusations and open investigations, which the lawyers predicted likely would lead to accusations.

What is the Healthcare Community’s Response to the Death Certificate Project?

The MBC is widely criticized for its ham-fisted response to the nation’s opioid crisis.  Even Ms. Kirchmeyer acknowledged the MBC is refining its criteria for evaluating opioid-related complaints to be less “inclusive,” though she did not clarify the meaning of “less inclusive criteria.”  Nonetheless, the DCP began before the MBC adopted its November 2014 pain management guidelines, to say nothing of the DEA’s recent cautionary policy that there are no rigid practice standards with respect to pain management.  Reliable sources confirm that the DCP will continue unabated.  See also the CDC’s 2016 Guideline for Prescribing Opioids for Chronic Pain, emphasizing communication between clinicians and patients about the risks and benefits of opioid therapy for chronic pain to improve the safety and effectiveness of pain treatment and reduce the risks associated with long-term opioid therapy.

When asked whether the MBC considered the effect of its enforcement policy on patients’ access to care, or whether there was evidence of patient harm, Ms. Kirchmeyer’s response was, “No.”  She said the MBC cannot measure those effects; its job is to enforce the Medical Practice Act to protect the public.

To the contrary, common complaints by physicians and their defense lawyers reveal the MBC’s arbitrary, unsupported allegations lack a connection to public safety, including:

Ms. Kirchmeyer was asked by physicians and defense lawyers at her Chico appearance whether the Board would consider adopting a “just culture” approach to regulatory oversight, similar to the policy utilized by the Federal Aviation Administration and the airline industry.  “Just culture” regulations are designed to oversee consumer safety by improving the quality of the licensee’s performance wherever possible, rather than by taking enforcement action.  This approach encourages an alliance between the regulator and the regulated.  Ms. Kirchmeyer responded that, formerly, the MBC had a committee known as the Medical Errors Committee that worked with physicians in the investigation process to improve their care rather than to take enforcement action.  The MBC abandoned that effort some time ago because the MBC sees its obligation as enforcing the Medical Practice Act for the public protection.

Indeed, more than 15 years ago, the MBC directed enforcement activities to improve physician practice.  The MBC conducted “educational interviews” and often utilized the oral clinical examination process set forth in California Business and Professions Code section 2292, even where the physician committed repeated negligent acts or even gross negligence.  Today, those findings would result in an accusation almost inevitably.