Is It the End of Yaqub for Hearing Officer Selection?
By Tom Curtis on 12.20.2019
Posted in Professional Licensing & Peer Review 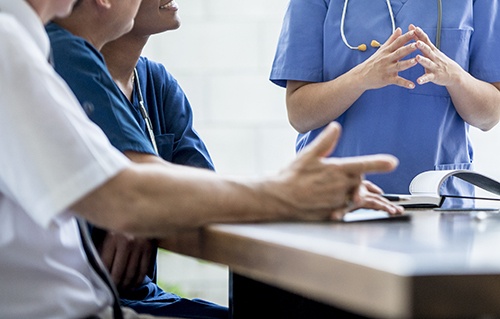 For more than 15 years, the process of selecting a hearing officer for a medical staff peer review proceeding has been strongly influenced by the decision in Yaqub v. Salinas Valley Memorial Healthcare System 122 Cal. App. 4th 474 (2004). That decision held that a hearing officer in a peer review proceeding was disqualified for a financial bias based upon the hearing officer's “long–standing and continuous relationship" with the hospital, which created a “possible temptation" to favor the hospital.

The Yaqub decision was also flawed because it relied upon Haas v. County of San Bernardino 27 Cal. 4th 1017 (2002), which applied constitutional due process standards with respect to a hearing conducted by a public entity in deciding that the risk of favoring the public entity, or potential bias in favor of the public entity, was sufficient to disqualify a hearing officer. Yaqub erroneously applied this constitutional due process standard rather than the standard of fair procedure applicable to a private hospital's peer review proceedings.

Despite the fact that Yaqub erroneously applied an incorrect legal standard and disregarded a governing statute, and despite the fact that no court has expressly followed Yaqub, the case could not be ignored. As a practical matter, the selection of hearing officers was conducted in light of Yaqub.

Dr. Natarajan asked that the hearing officer recuse himself based upon his work at the other Dignity Health facilities. The hearing officer declined. At the conclusion of the administrative hearing process, it was decided that Dr. Natarajan’s Medical Staff membership and privileges be revoked. The doctor filed a petition for writ of administrative mandate challenging the decision against him in part on the grounds that he had been denied a fair proceeding based upon the risk of bias created by the hearing officer's work for the other Dignity Health facilities. Dr. Natarajan contended that the hearing officer had a disqualifying financial bias under Yaqub because his prior work with the hospital system created a potential for future work for hospitals within the system and thus the possibility of financial bias.

The Court in Natarajan disapproved and declined to follow Yaqub on the grounds that Yaqub was erroneously based upon constitutional due process concerns and that it failed to follow the explicit statutory directive of Business and Professions Code section 809.2:

“...given Yaqub's failure even to consider the distinction between the strict standard under due process for pecuniary interest and the statutory restatement of the principles of fair procedure limited to a direct financial interest in the outcome under section 809.2, we consider Yaqub to be a deviation from the strong current of precedent and therefore ‘’’’’a derelict on the waters of the law’’’’’ that we have not found to be followed on this point in any published decision."

A Petition for review by the California Supreme Court has been filed. If the Petition is denied and the decision in Natarajan stands, it effectively disposes of Yaqub.