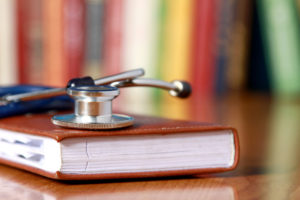 (Updated March 11, 2017) On February 3, 2017, the Medical Board of California (MBC) published the much-anticipated 12th Edition of its Manual of Model Disciplinary Orders and Disciplinary Guidelines (Guidelines).  Drafts of this latest edition had been slugging through the approval process since mid-2015.

The most notable modification is to Standard Condition #33 (Non-practice While On Probation). Under the 11th Edition, the MBC defined nonpractice as any period of time respondent is not practicing medicine in California…for at least 40 hours in a calendar month in direct patient care, clinical activity, or teaching, or other activity as approved by the [MBC]". This meant that a licensee on probation by the MBC was required to practice at least 40 hours per month in California, or else the licensee would violate the terms and conditions of his or her probation.  The 12th Edition removes the in-state practice requirement, obligating a licensee to practice medicine for at least 40 hours in a calendar month anywhere he or she is licensed to do so, whether in California or elsewhere.

This revision provides much needed relief, both logistically and monetarily, for California licensees who are on probation with the MBC but living and practicing medicine in another state or even in another country.

While not binding standards, the Guidelines are intended for use by those involved in the MBC’s licensing disciplinary process: administrative law judges, defense attorneys, the California Attorney General’s office when representing the MBC, the MBC’s disciplinary panel members who review proposed decisions and stipulations, and MBC licensees.

UPDATE: Based on a conversation with Kimberly Kirchmeyer, MBC Executive Director, there is a difference of opinion as to the interpretation of Condition 33 of the Guidelines. Ms. Kirchmeyer indicated that the revised language, i.e. removing in California, was not intended to relieve licensees of the in-state 40-hour practice requirement.  The MBC, she stated, must be able to conduct in-person monitoring of licensees on probation and it is not able to do so if the licensee is practicing outside of California.  To support her stance, Ms. Kirchmeyer relies on the fifth sentence of Condition 33, which was also part of the 12th Edition update:

Practicing medicine in another state of the United States or Federal jurisdiction while on probation with the medical licensing authority of that state or jurisdiction shall not be considered non-practice.

The inverse of that sentence, she believes, means that practicing in another state or Federal jurisdiction while NOT on probation in that state or jurisdiction would be considered a period of non-practice. In essence, a licensee on probation in California must, according to Ms. Kirchmeyer, either be on probation by the other state’s medical board or else the MBC will not credit the physician for that time out-of-state towards the completion of probation (probation will be tolled during the physician’s time out-of-state).

While the plain language interpretation of both sentences referenced in this article seem to contradict one another, only time will tell how the MBC will enforce this revision.