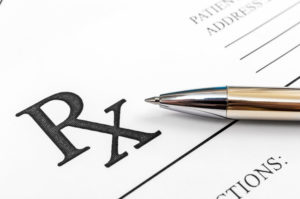 Effective January 1, 2019, Health & Safety Code Sections 11161.5, 11162.1, and 11165 were amended to, among other things, provide that the Department of Justice implement a system by which prescription forms for controlled substance prescriptions should each have a uniquely serialized number."

The statutory amendments established the way in which the prescription forms must be printed, the various features that the prescription forms must include, and the way in which the dispenser of controlled substances must report the serial number to the Controlled Substance Utilization Review and Evaluation System (CURES) system. However, the amendments did not provide any grace period within which prescribers could bring themselves into compliance.

AB 149 thus provides a substantial extension of time for both the production and use of prescription forms bearing uniquely serialized numbers.