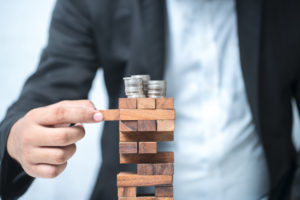 A proposed rule intended to stabilize the individual and small group insurance markets was issued on February 17, 2017, only a week after the Senate confirmed Tom Price as the Secretary of the U.S. Health and Human Services Department (HHS).[1] Although the proposed rule is intended to stabilize these markets, it may make it more difficult for individuals to obtain and maintain health insurance coverage, thereby reducing the number of people who are insured.

This is a turbulent time for American healthcare. Within weeks after the publication of the proposed rule, the American Health Care Act (AHCA) was introduced in the U.S. House of Representatives to repeal and replace key provisions of the Affordable Care Act (ACA) and make significant changes to federal funding for Medicaid.[2] On Friday, March 24, House Speaker Paul Ryan pulled the bill before a vote.[3]  In the aftermath of the bill’s withdrawal, President Trump predicted that if it were left in place, ObamaCare would explode.[4]  As recently as Sunday, April 2, however, the President tweeted that talks of repeal and replace of the ACA were ongoing and would continue until a deal was struck.[5] On Tuesday, April 4, House Speaker Paul Ryan said Republican lawmakers are having productive talks on a new healthcare reform bill.[6]

This on again, off again, action to attack the ACA leaves a great deal of uncertainty for healthcare providers.  That uncertainty is compounded by regulatory action that will affect the ACA in ways less visible to the public.  Apparently, Secretary Price is well aware of HHS' options to make regulatory changes.  According to the Chicago Tribune, he remarked during the House Appropriations Committee hearing on his agency’s proposed budget that "[f]ourteen hundred and forty-two times the ACA said 'the secretary shall' or 'the secretary may.'[7]

The ACA permits qualified individuals and qualified employers to purchase health insurance coverage through Exchanges, also called Marketplaces. Individuals who enroll in qualified health plans (QHPs) through individual market Exchanges are eligible to receive a premium tax credit to make health insurance premiums more affordable, and receive reductions in cost-sharing payments to reduce out-of-pocket expenses for health care services.[8] Health insurers have complained that ACA consumer protections permit gaming such that some individuals enroll only when they know they need medical services.[9]  The proposed rule reflects a concern that without changes to enrollment requirements insurers might leave the Exchanges or raise premiums.  In turn, reduced competition and higher rates may cause healthier individuals to drop out of the market and further damage the risk pool.[10]

The period for comments ended on March 7, 2017, and over 4000 comments were received and posted online.   The changes proposed by the rule include the following:

Allowing insurers to delay re-enrollment until past due premiums from previously cancelled coverage with the same insurer are paid.

The guaranteed availability provisions of the ACA require health insurers offering non-grandfathered coverage in the individual or group market to offer coverage to and accept every individual and employer in the state that applies for such coverage unless an exception applies. Individuals and employers typically are required to pay the first month’s premium before coverage will begin, but insurers must provide a grace period of three consecutive months before terminating coverage.[11]

When individuals seek to renew prior coverage with the same insurer in the same product, the insurer may apply the individual's premium payments to any prior non-payments for that product. Currently, if the individual is enrolling in a different product from which he or she was terminated for nonpayment, the insurer may not apply the premium payment to unpaid premiums for previous periods.  The insurer may pursue collection efforts for past-due premium, but cannot condition coverage for a new coverage period under a different product on payment of the past due amount.

Concerns were raised that individuals with histories of non-payment might take advantage of the guaranteed availability by declining to make premium payments for coverage at the end of the year and enrolling in a new product for the next benefit year without paying the past due payments.

Under the proposed rule, when an individual re-enrolls with the same insurer for the same or a different product, the insurer may apply the individual's premium payment to his or her past debt owed for coverage during the previous year and may condition coverage for the new period on payment of the past due premiums. That is, of course, as long as state law does not prohibit this practice. Because of rules regarding grace periods, individuals with past due payments would generally owe no more than 3 months of premiums. The proposed rule would not prevent the individual or employer from enrolling in coverage with a different insurer. The change is intended to remove economic incentives for individuals to pay premiums only when they are in need of healthcare services.

The American Medical Association (AMA) noted that when the insurer is paid for premiums due during the grace period, the insurer becomes whole. The AMA urged CMS to require any insurer who is owed premium payments from an enrollee who was terminated from coverage for non-payment of such premiums and who subsequently pays the insurer such past debt in order to re-enroll with the insurer, to reimburse physicians for any claims submitted during the second and third months of the grace period which were pended by the insurer.[12]

Regulations currently in effect would provide an open enrollment period for the 2018 benefit year of November 1, 2017 to January 31, 2018.[13] The proposed rule would shorten the open enrollment period for the 2018 benefit year and all subsequent years to November 1, 2017, to December 15, 2017.  This is intended to ensure that consumers enroll for a full year of coverage and reduce adverse selection by those who learn of their need for services between December 15 and January 31 of the following year.   The AMA noted that a six-week open enrollment period that may coincide with holidays may be too short for some individuals, especially young adults, to understand their options and enroll.

Requiring Verification of Eligibility Prior to Enrollment During Special Enrollment Periods

The proposed rule will change the requirement for pre-enrollment verification of eligibility for individual market Special Enrollment Periods (SEPs) for all states served by the HealthCare.gov platform.[14] Beginning in June 2017, the proposed rule would require submission of documentation to verify eligibility prior to enrollment during SEPs. Currently, some self-attestation is permitted for enrollment during SEPs for life events, such as marriage or the birth of a child. In the individual market, consumers who are newly enrolling in coverage during the coverage year through the SEP for marriage, must demonstrate that at least one spouse had minimum essential coverage or that they lived outside of the U.S. or in a U.S. territory for 1 or more days during the 60 days preceding the date of the marriage. These pre-enrollment verification and continuous coverage requirements may have the unintended consequence of deterring healthier individuals from purchasing coverage.

Prohibiting a Change to a Different Metal Plan During the Year.

The proposed rule would restrict existing Exchange enrollees from changing coverage from one metal level plan to another during the coverage year by using a SEP. The AMA commented that this may make it more difficult for consumers to understand their options for making changes in their coverage after life-changing events.

The proposed rule would rely upon state reviews of network adequacy of Qualified Health Plans in states with at least a reasonable access standard."[15] Alternatively, in states that lacked the authority or the means to ensure network adequacy, HHS would rely on an insurer’s accreditation (commercial or Medicaid) from an HHS-recognized accreditation body. Non-accredited insurers and standalone dental plans would need to submit a network adequacy access plan that would demonstrate the insurer’s maintenance of an adequate network consistent with the National Association of Insurance Commissioner’s (NAIC) model act. This approach would apply to both the federally facilitated and state-based Exchanges.

The Director of the California Department of Health and Human Services, Diana Dooley, wrote in support of maintaining state flexibility in the Exchanges.[16] The American College of Mohs Surgery commented that accrediting organizations have no regulatory authority, no enforcement capability, and are not accountable to the public when an insurer’s network is not adequate and consumers are unable to access care.[17] It also pointed out that the model act has only been adopted by a few States, and it was concerned that without federal network adequacy standards, consumers would not have access to the full range of necessary medical specialty and subspecialty providers, such as Mohs micrographic surgeons.

The proposed rule also lowers the percentage of essential community providers (ECPs), a designation for providers that serve predominantly low-income, medically underserved individuals, that plans are required to contract with from 30 percent to 20 percent.  The comment from America's Essential Hospitals supported a proposed change to allow write-ins of ECPs not already on an approved HHS list, but it urged CMS to require insurers to offer good-faith contracts to all ECP hospitals to ensure medically-underserved and low income patients have timely access to medical services.[18]

Actuarial value (AV) refers to the percentage of the total cost of health care expenses of a standard population borne by the plan rather than the enrollee. The proposed rule would increase the de minimis variation in the actuarial values used to determine metal levels of coverage for the 2018 plan year.[19] This proposed change is intended to allow insurers greater flexibility in designing new plans and to provide additional options for insurers to keep cost sharing the same from year to year. There is no proposed modification for the de minimis range for the silver plan variations.

The Federation of American Hospitals (FAH) urged CMS to carefully monitor and determine the impact of the policy on individual consumers and across health care markets.[20] The FAH noted that while the proposal might encourage greater coverage and a broader risk pool, it also could result in shifting a greater cost burden to individual consumers, whether for increased cost-sharing or increased out-of-pocket costs to make premium payments, resulting in an increase in the amount of bad debt to hospitals and other providers.

Now that the comment period is closed, we can expect the final rule to be issued soon.  Only time will tell whether these changes stabilize the individual market by discouraging adverse selection and encouraging healthy individuals to enroll or whether they discourage enrollment and reduce the number of individuals who are able to obtain coverage.

[2] The American Health Care Act has failed: What happens now? | Deloitte US, http://bit.ly/2p2KULe.

[4] Donald J. Trump on Twitter: ObamaCare will explode and we will all get together and piece together a great healthcare plan for THE PEOPLE. Do not worry!,.http://bit.ly/2oEpveM.

[5] Donald J. Trump on Twitter: Talks on Repealing and Replacing ObamaCare are, and have been, going on, and will continue until such time as a deal is hopefully struck., http://bit.ly/2oEpveM.

[12] March 7, 2017 letter from James Madara, M.D., Executive Vice President and CEO of the American Medical Center to Patrick Conway, M.D., Acting Administrator for the Centers for Medicare and Medicaid Services.