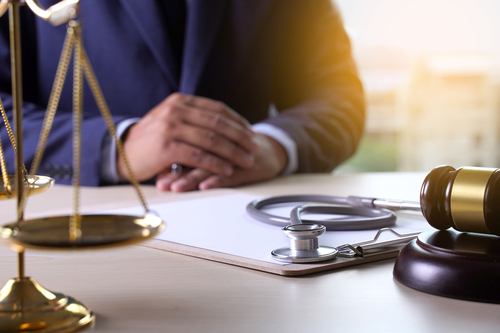 Congress and the Biden Administration are grappling with an economic stimulus bill that will touch many segments of American life, including health care, if it passes in the Senate. This has many clients wondering what impact the Biden Administration will have on the healthcare sector from a regulatory perspective. Early indications point to a focus on four issues that continue to resound: the Affordable Care Act (“ACA”), COVID-19-related regulatory relief, lowering prescription drug prices and restricting the occurrence of surprise billing.

To strengthen the ACA, the Biden Administration has proposed three key steps: (1) capping the amount each household spends on insurance premiums at 8.5% of household income; (2) increasing subsidies to low-income Americans; and (3) initiating an additional open enrollment period, which is already underway. By encouraging those who can afford insurance onto the ACA plan, the Biden Administration seeks to reduce potential increases in Medicaid and Medicare spending. Also, increasing the pool of insureds would potentially allow individuals receiving stimulus checks to put those funds toward essentials and consumer goods—instead of healthcare.

This is sure to be an early test of how far the new Congress and Administration are capable of going to strengthen and broaden the ACA. With a 50/50 Democrat/Republican tie in the U.S. Senate, it is unclear if the ACA will be a major cornerstone of their domestic agenda. Some senators, with an eye to the 2024 elections—in which a full 33 of 100 seats will be contested, will remember the Democrats losing six seats in the Senate in the mid-term elections following the 2010 passage of the ACA. Currently, House Democrats enjoy the thinnest margin of a majority in the House since 1943. Similarly, many may remember their loss of 63 seats, and control, after the 2010 vote to pass the ACA.

On the other hand, 10 years on, the ACA is still with us and enrollment has grown rapidly in states where the individual exchange marketplace has operated freely. If premium costs are the principal barrier to even greater enrollment, then the Biden Administration’s proposed easing of such barriers could be the right bet, politically, for 2020 and 2024. Supporting pending legislation to increase taxpayer-funded tax credits for premiums for low-income Americans could also be the right move, especially with a somewhat anemic economic recovery, as indicated by the January jobs report.

COVID-19-related regulatory relief is another key area of focus of the Biden Administration. Inevitably, the Administration will need to address the extent to which waivers to existing regulations issued during the pandemic will be made permanent. Since the waivers were issued pursuant to statutory authority under a declared national emergency, those waivers will disappear once the national emergency ends. In order to make any waiver permanent—such as waivers of telemedicine regulations—either final or interim final regulations would have to be issued pursuant to the Administrative Procedures Act. Meeting each regulatory requirement in the Act, however, will take time to accomplish.

Finally, we expect to see the Biden Administration place statutory restrictions on surprise billing of patient cost sharing, as signed into law by President Trump in the omnibus appropriations and COVID-19 aid package at the end of 2020. Beginning next year, the law prohibits surprise billing in emergency and other circumstances where patient consent is limited. Details will be determined by the Department of Health & Human Services (“HHS”). This is sure to be a topic of inquiry put to President Biden’s pick for HHS Secretary, Xavier Becerra, during his confirmation hearing.

For healthcare law and political policy mavens, there is plenty to watch on the healthcare front between now and the midterm elections.