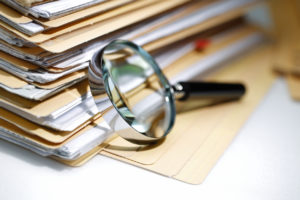 A Civil Investigative Demand, often referred to as a CID, is a pre-litigation mechanism used to collect information and evidence for use in civil false claims act and other investigations. CIDs are typically lengthy documents, broadly drafted, invasive, and even frightening. In the past decade since the passage of the Fraud Enforcement and Recovery Act of 2009, CIDs have been issued at exponentially higher rates than in years past, and have become more comprehensive and more aggressive.

While this post will focus on Department of Justice CIDs in federal health care cases, CIDs are available in other cases and to other agencies, including state agencies.  Some can have unique rules and deadlines.  Recipients of any CID should consult with counsel immediately upon receipt.

The federal False Claims Act is codified at 31 U.S.C. § 3729, et seq.  Health care false claims act cases can be brought by relators – whistleblowers – as qui tam matters.  Alternatively, false claims act investigations can be initiated by the Department of Justice without a relator.  In either instance, the Department of Justice uses CIDs as part of its investigation.  CIDs are available to the government to request sworn responses to interrogatories, to request documents, and to interview or depose witnesses and persons of interest.  Statutory authority for a CID, and other applicable provisions and guidelines, are found at 31 U.S.C. § 3733.

If a false claims act investigation is initiated by a whistleblower’s qui tam lawsuit, the CID recipient will not know that, nor know who the whistleblower is for quite some time.  Relator-initiated qui tam actions are filed under seal and then kept under seal until a court order lifting the seal is entered.  This can sometimes be years after the matter was filed.  Nevertheless, the subject matter of the investigation and its potential targets are sometimes discernable from the CID and from subsequent interactions with government agents and lawyers.

Not every recipient of a CID is a direct target of government scrutiny.  Some are third party witnesses, or persons of interest who will turn out not to be targets.  Some, however, are targets from the outset.  Still others will become targets after the production of the requested data, depending on what that data reveals.

Most CIDs are very broadly drafted.  They typically span many years and contain phrases such as all documents related to…  The expense of compliance, and the dedication of resources that must be made for proper compliance, both monetary and labor, cannot be overstated.  Selective or partial compliance is not an option.  Non-compliance is a serious violation.  Notwithstanding that, there are some limited bases on which to challenge a CID in court, including the burden presented by compliance, or the seeking of records already within the government’s possession, or the relevance of what is being sought, or even assertions of abuse of the process.  Generally, a legal challenge to a CID may result in a judicial narrowing of its scope, but it will rarely obviate the need for compliance altogether.

Any person or entity in receipt of a CID would be wise to contact experienced counsel without delay.  Counsel’s early, regular, and ongoing dialogue with the government is critical to demonstrating good faith, managing compliance and managing the government’s expectations.  Reasonable prosecutors and agents are often receptive and even appreciative of counsel’s communications.  Counsel can often negotiate and narrow the scope of the production, negotiate compliance deadlines, and communicate protocols for the collection and production of responsive items.  Counsel can also help ensure the CID recipient takes the extremely important step of placing a hold on all data, which includes measures for preservation of data, and implementing a stay on normal back up and destruction processes.  Counsel can ensure that documents which should not be produced for legal reasons are not produced.  Here, issues to consider include whether documents are protected by privileges such as the attorney-client privilege; and whether there are items that – though responsive – should be flagged for internal preparation.  Experienced counsel can also ensure that in any subsequent interviews or depositions, the protections and privileges of attorney-client communications are not waived, and that interviewees are advised regarding their Fifth Amendment rights should the need arise.

Items to be searched, preserved, and produced in response to a CID range from the obvious to the not-so-obvious.  Emails in all folders including archived folders are a good beginning.  Paper files, files in storage, and written correspondence are also key, but the breadth of a necessary search and response goes deeper.  Voice mails, recorded calls, text messages, marketing materials, even social media posts, and messages might be responsive.

After CID compliance, a CID recipient may hear nothing for quite some time.  The government will be hard at work behind the scenes, however, evaluating all of the information it has received from a variety of sources and determining whether to intervene in an existing qui tam matter if one has been filed.  Settlements might be in negotiation and decisions may be made about whom to charge, and for what.  If, in the meantime, the CID recipient comes across materials not previously produced that are responsive, the obligation to produce is a continuing one, and such matters should be brought to counsel’s attention immediately.

The day a CID is dropped on one’s desk is a stressful one.  Taking quick and decisive action, including hiring experienced counsel, can help ensure everyone gets through the process as painlessly as possible.