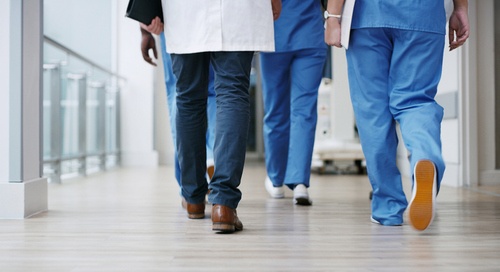 Well, not exactly. However, in an expansion of regulatory oversight, the Department of Managed Health Care (DMHC) finalized a new rule last year broadening the scope of “person[s]” required to obtain a license under the Knox-Keene Act. The new rule, 28 CCR Section 1300.49, is likely the most significant policy development in California managed care oversight since the enactment of laws governing risk bearing organizations in the late 1990s. Absent legislative or further regulatory action, any entity accepting any amount of global risk in exchange for a prepaid or periodic charge will be required to obtain a full Knox-Keene license, a restricted license or an exemption therefrom. However, it does appear that revisions to the new rule will be forthcoming at some time this year, if not delayed by the COVID-19 crisis.

How did we get here?

Health care service plans can trace their roots back to the Ross-Loos Prepaid Health Plan established in 1929 by Drs. Ross and Loos to serve 400 employees of the Los Angeles Department of Water and Power for $1.50 each a month. (See: WaPo). In an effort to ward off imposition of a government run health care program, the Blues were formed in the late 1930s by organized medicine and hospital associations. Blue Cross was for hospital coverage whereas Blue Shield covered physician services. In 1939, the California Medical Association (CMA) founded California Physician Services (the first statewide, medical society controlled prepaid health plan in the nation, later known as Blue Shield). Health insurance coverage, in the form of both Prepaid Health Plans (PHPs) and Indemnity Insurance, grew exponentially during the war years as a result of wage controls which left companies free to enhance benefits rather than wages.

In the 1940s, the California Supreme Court ruled against the California Department of Insurance in its attempt to exercise jurisdiction over Blue Shield and PHPs generally. (See California Physicians’ Services v. Garrison, 28 Cal.2d 790 (1946).) This decision basically left PHPs without any regulatory oversight. In 1965, the Knox-Mills Act became law requiring PHPs to register with the Attorney General’s Office. This registration program, however, provided for little regulatory oversight of PHPs, and after a series of scandals involving PHPs participating in the Medi-Cal Program, Governor Brown signed the Knox-Keene Act (KKA) into law in 1975. The Knox-Keene Act established a much more robust regulatory scheme for oversight of “health care service plans;” [a]ny person who undertakes to arrange for the provision of healthcare services to subscribers or enrollees, or to pay for or to reimburse any part of the cost for those services, in return for a prepaid or periodic charge paid by or on behalf of the subscribers or enrollees.

Throughout the '80s and early '90s, licensed healthcare service plans and alternative healthcare delivery arrangements abounded. Plans, providers and hospitals entered into various arrangements that shifted risk for the costs of an enrollee’s health care away from the health plan and often to less sophisticated entities. In the midst of this rapidly evolving delivery system environment, two high-profile provider group bankruptcies caused a further expansion of regulatory oversight through the enactment of SB 260 (Speier) establishing the indirect regulation of provider groups accepting professional risk; risk bearing organizations (RBOs). The failure of MedPartners and FPA occurred at a time of heightened consumer concern regarding cost and continuity of care. SB 260 and AB 78, which established the DMHC and transferred regulatory oversight of health plans from the Department of Corporations, were amongst multiple bills in the late 90’s that significantly expanded the scope of financial oversight and enhanced consumer protections for health plan enrollees.

Since at least the inception of the Knox-Keene Act, persons receiving a prepaid or periodic charge for accepting risk of providing services within the scope of their license had an implied exemption from Knox-Keene licensure. This historical construct underpinned why the risk bearing organization requirements were applied through a health plan’s contract with a provider group and not directly to the provider group itself. With the new rule, however, the DMHC has cast a wide net that potentially brings directly within its regulatory purview providers, groups and hospitals. In order to accept “global risk,” these entities must now be licensed by the Department or expect likely enforcement action in the form of a Cease and Desist Order.

There are three primary components to Rule 1300.49: 1) the definition of prepaid and periodic charge for accepting global risk thereby requiring Knox-Keene licensure; 2) the first formal state law recognition of a Restricted Knox-Keene License and process for licensure; and 3) an exemption from licensure process enumerating several policy considerations.

The term global risk is now defined as “the acceptance of a prepaid or periodic charge from or on behalf of enrollees in return for the assumption of both professional and institutional risk.” Institutional risk is newly defined as “the assumption of the cost for the provision of hospital inpatient, hospital outpatient, or hospital ancillary services” while professional risk is defined as “the assumption of the cost for the provision of physician, ancillary, or pharmacy services undertaken by physicians or other licensed or certified providers.” Important to any contractual analysis is the expanded definition of prepaid and period charge, which now means “any amount of compensation, either at the start or end of a predetermined period, for assuming the risk, or arranging for others to assume the risk, of delivering or arranging for the delivery of the contracted-for health care services… which may be fixed either in amount or percentage of savings or losses in which the entity shares.” Accordingly, any person assuming global risk must obtain a license pursuant to Health & Safety Code Section 1349.

The new rule offers two alternatives to full licensure; request an exemption or apply for a restricted license. 28 CCR Section 1300.49(b)2) and (b)(3) respectively.

Exemption Request Process: Pursuant to her inherent statutory authority, the DMHC Director may, through rulemaking or by Order, waive any provision of the KKA if she “finds the action in the public interest and not detrimental to” consumers [Health & Safety Code Section 1343(b)]. The new rule lays out those items that would need to be submitted with the exemption request along with broad factors to guide the Department in its review of each request.

Restricted License Application: For the first time, the DMHC formally recognized the category of restricted licensee [28 CCR Section 1300.49(c)]. Of note, the restricted license applicant must complete the existing application for licensure and shall include all exhibit types, along with a newly developed Restricted Health Care Service Plan Responsibility Statement describing how the parties share KKA obligations.

Right before the onslaught….

Likely in recognition of what was soon to come and in response to general concern and confusion in the market, DMHC issued an All Plan Letter (APL) providing additional guidance regarding the new rule. The APL clarifies that the new rule applies to “any contract entered into, amended, or renewed on or after July 1, 2019.” Further, the DMHC defines “entity” as referring to any person or organization that does not have a KKA license or is not licensed by the Department of Insurance; and assumes any amount of global risk on a prepaid or period basis including a payment at the end of a contract or term.

In the APL, the Department lists several types of contracts or arrangements that do not need to be filed, for now. Those include: bundled payments; case rates; and CMS ACO arrangements. For all other contracts that involve the assumption of global risk, including only upside risk, however, the DMHC established a “phase-in period” from July 1, 2019 to June 30, 2020, and provides for an expedited exemption process. During this period, the DMHC will automatically grant each Request for Expedited Exemption.

At the beginning of this article, I provided historical reference for health insurance regulation in California to illustrate that the trend-line has always moved towards greater, not lesser, regulatory oversight. While the new licensure rule broadened those types of arrangements considered to trigger a licensing requirement, the Knox-Keene Act provides a broad definition of what constitutes a “health care service plan.” A “health care service plan” is defined as “any person who undertakes to arrange for the provision of health care services to subscribers or enrollees, or to pay for or to reimburse any part of the cost for those services, in return for a prepaid or periodic charge paid by or on behalf of the subscribers or enrollees.” (§ 1345, subd. (f)(1).) The term “person” includes “any individual, firm, association, organization, partnership, business trust, foundation, labor organization, corporation, limited liability company, public agency or political subdivision of the state.” This would certainly seem to include medical corporations, associations and hospitals (1345, subd. (j).) Healthcare service plans must be licensed by the DMHC in order to operate in California. (§ 1349;  Viola v. Department of Managed Health Care (2005) 133 Cal.App.4th 299, 309;  Imbler v. PacifiCare of Cal., Inc. (2002) 103 Cal.App.4th 567, 570.) Section 1349 provides: “It is unlawful for any person to engage in business as a plan in this state or to receive advance or periodic consideration in connection with a plan from or on behalf of persons in this state unless such person has first secured from the director a license.”

On April 16, 2020, the DMHC issued APL 20-017 which revises APL 19-014 regarding the DMHC General Licensure Regulation by extending the phase-in period through December 31, 2020 due to the COVID-19 pandemic. APL 19-014 provided an original phase-in period through June 30, 2020 during which entities seeking an exemption from the licensure requirements could take advantage of an expedited exemption process. While it remains unclear how the Department may ultimately revise the regulation, providers and plans should use this additional time to examine all existing arrangements that may implicate the current rule and determine what, if any, changes must be made to bring the arrangement into compliance.